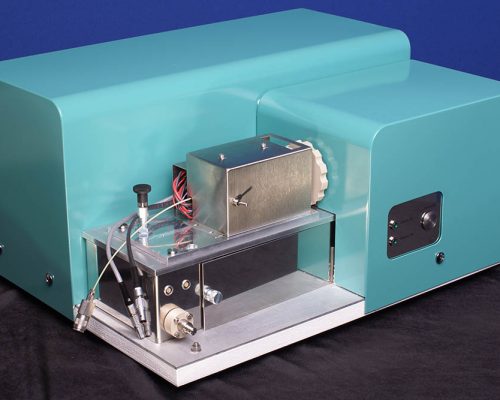 Over the past few years Kore has been developing fast chromatographic separation/interface technology for key mass spectrometry products, with an emphasis on high sensitivity, high specificity and versatile sample introduction for real-world samples. Analyte is first flushed from one of various quick-swap inlet modules onto a thermoelectrically cooled trap. This allows subsequent splitless introduction onto a short GC column in a custom designed, miniature and fast oven. A typical semi-volatile analysis, including pre-concentration and chromatography might typically take just five minutes, yielding detection limits in the picogram range.

PREFICS is conceived to be a ‘universal front end’ separator of complex chemical mixtures that could be joined to any suitable detection technique. Results shown below were taken with PREFICS connected to a PTR-TOF-MS, but any mass spectrometer or indeed other detection technique could be considered.

The front end of PREFICS consists of a platform with mounting lugs and a simple to use, hot inlet coupling (Ultratorr) that can be released/sealed by hand. Services are provided on an adjacent panel, consisting of low voltage power, a simple 3-wire data-bus and a quick-fit low dead-volume carrier gas connection. These features allow a very quick change of inlet module to suit the application. Three modules have been designed, built and tested to date:

Analyte is presented to the separator unit on a PTFE swab and is desorbed into a focussing trap for sample pre-concentration before a second desorption onto the front of the GC column. Preliminary experiments coupling the separator unit to Kore’s PTR-TOF-MS and analysing organochloride pesticides show very clear chromatographic peaks for the four structural isomers of BHC (lindane), Heptachlor, Aldrin and Heptachlor epoxide (see data to the right).

The elution times axis for these compounds is marked in seconds; chromatographic peak widths for the BHC compounds range from 1 to 3 seconds. The total experiment time from sample introduction to detection of the first BHC compounds was ~230s, with 90s of this being the contribution of the sample loading, focussing and desorbing and the remaining ~140s being the elution time through the GC column. 20ng of each pesticide sample was introduced via a sample swab in this experiment.

Kore Technology Ltd would like to acknowledge the fact that the PREFICS technology was largely developed with funding from the UK Ministry of Defence. 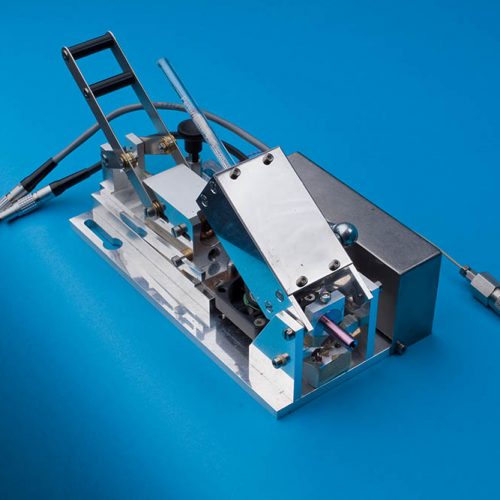