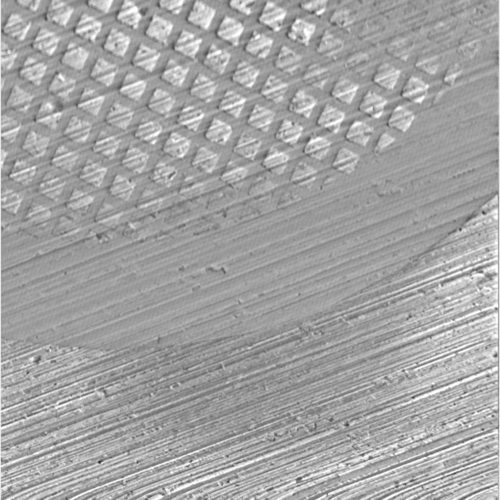 Static SIMS is an amazingly sensitive surface analysis technique, being able to gather a detailed mass spectrum whilst consuming a small fraction of a monolayer of sample. The molecules analysed come from the top few monolayers of solid, the key region of the material when considering properties such as adhesion or catalysis.

The Kore Technology SurfaceSeer range of TOF-SIMS offers affordable surface analysis for research and industry. The following data shows some of the benefits of the SurfaceSeer instruments for materials research and analysis. 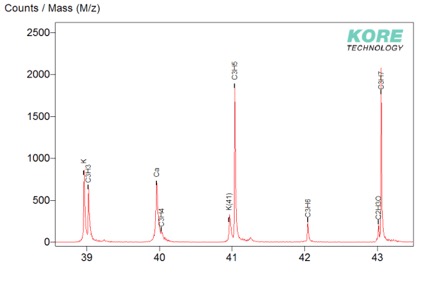 Recently, the mass resolution, and hence also the mass accuracy, has been improved to better than 2000 (M/ΔM). The spectrum above is simply taken from a dirty aluminium stub and shows organic and inorganic contaminants. Labels are shown with tick marks at their expected exact mass. It is very clear which measurement peak belongs to each species.

Data from an older instrument, demonstrating various applications, is shown below. 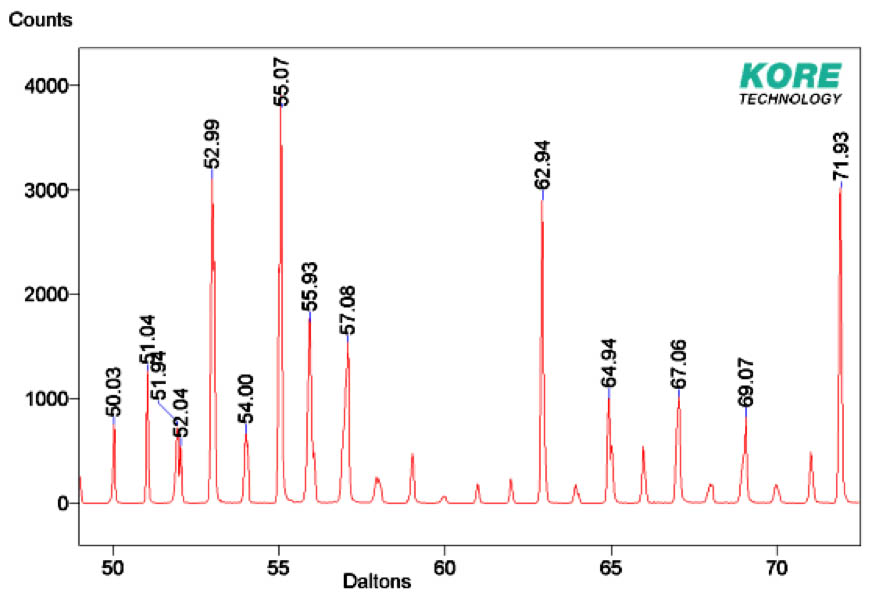 The SurfaceSeer is recording >26,000 counts at Cu in a five minute acquisition for a known surface concentration of 2 x 1012 atoms/cm2, with a detection limit of ~2 x 109 atoms/cm2.

Although the system does not have a post-accelerated detector, the system is capable of measuring out past 1000 m/z (provided ions are created by the SIMS process). Examples are shown below: 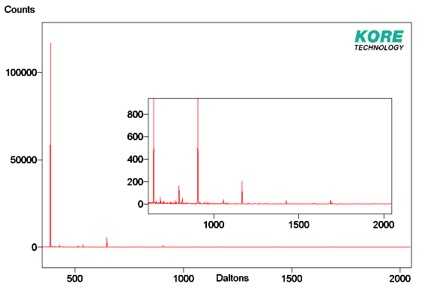 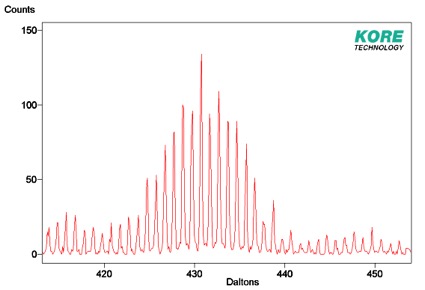 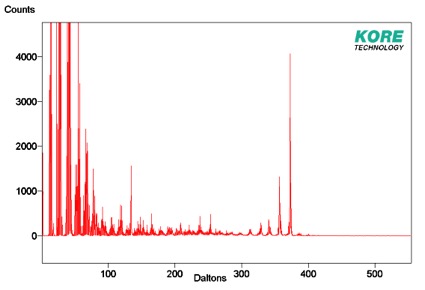 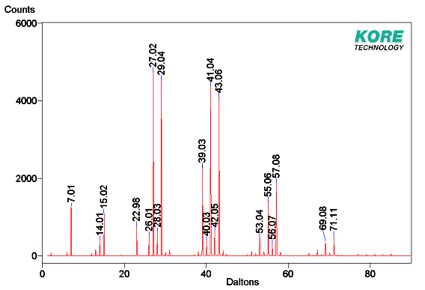 This tape is particularly clean and free from siloxane contaminants. Note the presence of Lithium on the surface (mass 6 and 7 in the correct isotopic ratio) 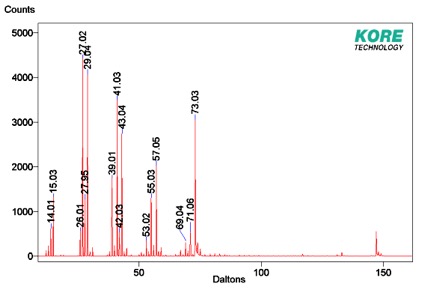 By contrast, this generic double-sided tape shows the classic signs of siloxane surface contamination: higher than usual peaks at 28, 43, 73 and 147. 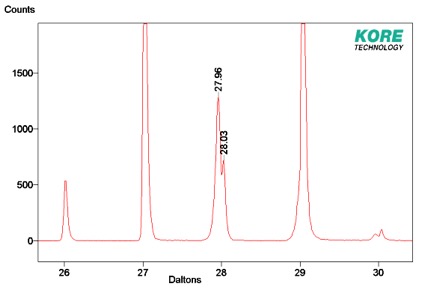 If we zoom in to mass 28, we see that it is a split peak; the lower mass peak is silicon 28, and the higher mass peak is C2H4. Detection of atomic silicon, along with the other characteristic peaks from PDMS, confirms the siloxane identification. The message is to avoid low-cost generic double-sided tape products, and use Scotch brand products that are very clean and suitable for mounting samples in SIMS. 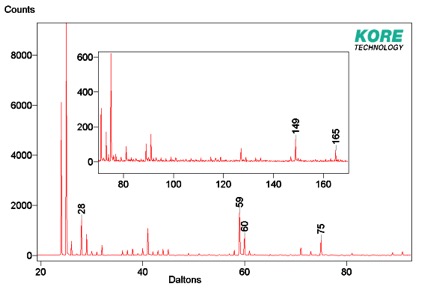 In the next example we see mass spectral data taken from an unprinted paper (blue trace), and the same paper with an ink print (red trace). The unprinted paper has a characteristic peak at mass 39.96 due to calcium, which on paper surfaces is normally due to kaolin loading of the paper (extremely white paper has a high kaolin loading). Once the paper has been printed, the paper is covered over, and so the Ca peak disappears. By contrast the hydrocarbon peaks increase due to presence of the organic-based ink. 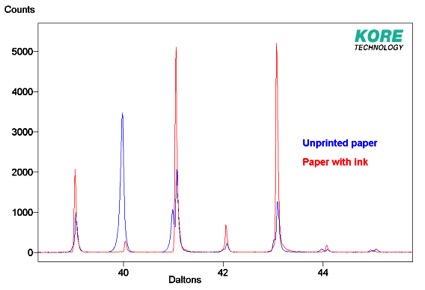 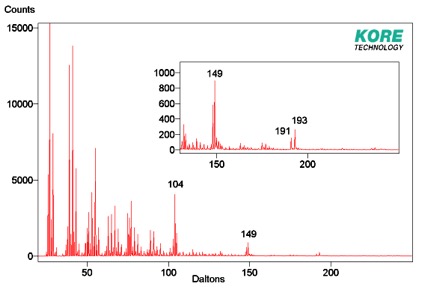 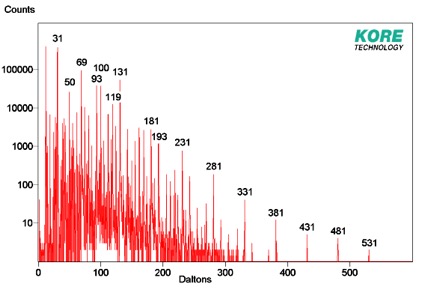 Positive SIMS spectrum from PTFE tape, showing characteristic ions through to mass 531. The peaks are all assignable to various CxFy combinations. Note that to accommodate the large dynamic range, a logarithmic scale has been used.