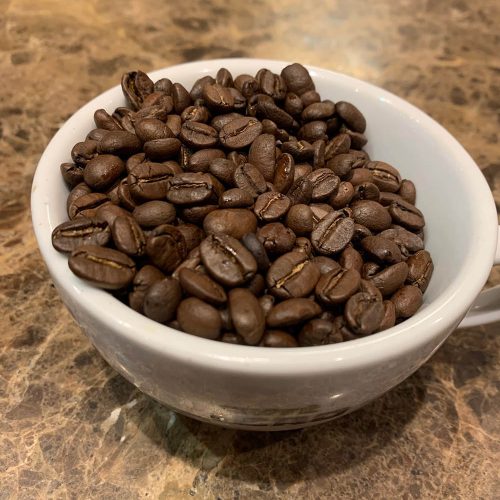 The MS-200 can be used as an electronic nose. Its fast response time and high sensitivity are key requirements for this application.

We have run some preliminary tests on different samples to see if the MS-200 is delivering a response that can be used for further analysis. The MS-200 delivers us a mass peak of different height for the full mass range. This means we will have up to 300 data points with different values for the analysis.

The samples we have analysed were two different sorts of coffee, peppermint tea and some shrimps that were going bad. Before every sample we took a background reading of cleaned air. We than sucked some gases of the headspace of the samples over the inlet membrane of the spectrometer. We waited for typically 1-2 minutes before we analysed the sample. After analysis the sample was removed and the background reading was checked for recovery. 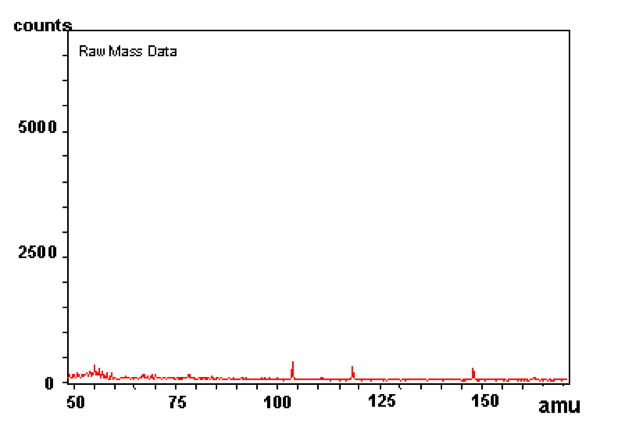 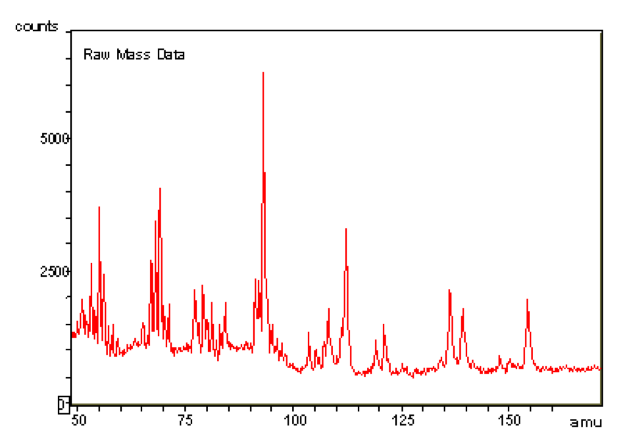 The first sample to be analysed was peppermint tea. Figure 1 shows the background reading of the spectrometer, and Figure 2 shows the analysis of the sample.

One can clearly see a distinct difference between the background and the sample. Only the mass range from 45 to 170 amu is displayed, as this shows the most significant difference and is not interfered with the standard peaks that are present in the ambient air. 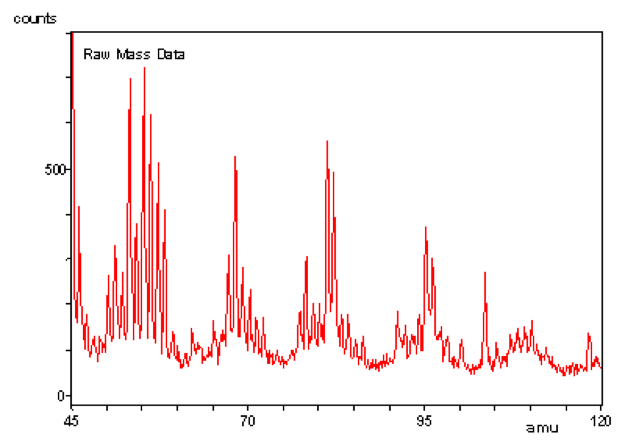 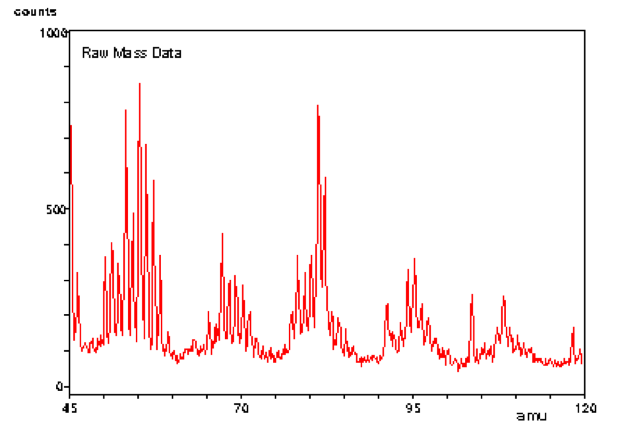 On the first glance the two spectra look very similar. However, there is a difference in the group pattern of the group between 65 and 70 amu, the peaks around 80 amu and the group around 108 amu.

The last two samples have been extremely dry. Therefore the next sample had a quite high moisture contents. We tried to analyse shrimps that are three days old. Again Figure 5 shows the background reading and Figure 6 shows the analysis. 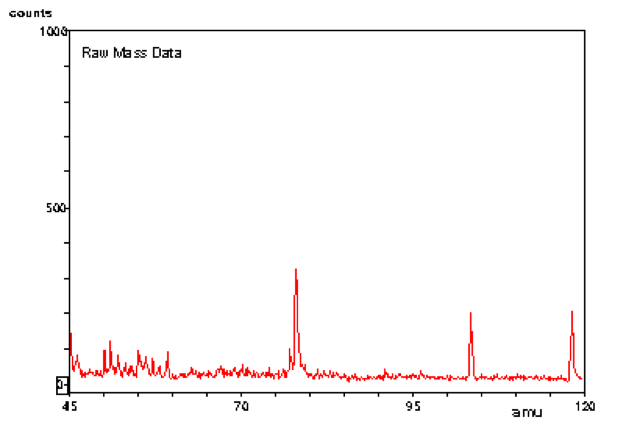 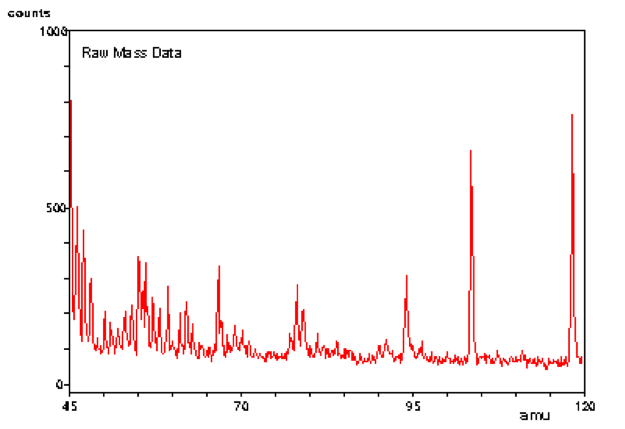 One can clearly see a group of peaks appearing between 45 and 70 amu. There is also a significant peak at 94 amu.

These preliminary experiments show that there is definitely a potential for the MS-200 to be used in food analysis. We can smell different kinds of food as well as distinguish between two different sorts of coffee. We also saw that we can measure moist samples. However, we tried to smell different sorts of whiskey and the huge amount of alcohol and water flooded our vacuum, which took us approximately 15 minutes to recover. Now there is definitely a need to investigate further the capabilities of the MS-200 by running more samples. This will give us a better feel for the different sort of response we can expect when analysing flavours.

In addition to the Kore software, the MS-200 can be interfaced to third-party software packages that could be readily adapted to handle the signal delivered by our time of flight mass spectrometer.