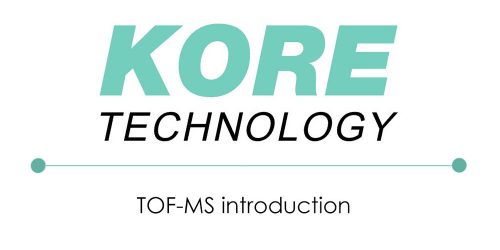 This has made TOF-MS an essential instrument for biological analysis applications – typically with MALDI and ESI ionisation – particularly with the development of high-resolution and hybrid instruments (for example Q-TOF and TOF-TOF configurations). The suitability of TOF-MS for the analysis of fast transient signals has seen it applied to studying fast gas-phase chemical reactions, and to hyphenated flow or injection analysis techniques such as ICP-TOF and GC-TOF. In addition, time-of-flight mass spectrometry is the dominant instrument for static SIMS. Below is a very short introduction into the fundamentals of time-of-flight mass spectrometry.

A mass spectrometer is simply a device designed to determine the mass of individual atoms or molecules. Atoms of different elements have different masses and thus a knowledge of the molecular mass can very often be translated into a knowledge of the chemical species involved.

There are many strategies for measuring the atomic/molecular mass, but nearly all of them require that the molecule carry some charge. When charged, the atom/molecule is called an ion, and it may be manipulated with electric and magnetic fields. This manipulation usually takes place in a vacuum so that the flight paths are not dominated by scattering events.

The material to be analysed may start as a solid, liquid or gas, but regardless the molecules must be separated from each other first i.e. they must be in the gas phase. Often this can be as simple as applying some heat, but there are of course various other strategies specific to particular applications.

To charge the atom/molecule we can either remove a charged particle (usually an electron) to leave a positive ion, or we can add a charged particle (e.g. an electron or proton) to leave negative or positive ions. Again, there are many methods with specific advantages and disadvantages, but perhaps the most common is to knock an electron out of the molecule to leave a positive ion; this is a technique known as Electron Ionisation (EI). Removing an electron can be as simple as adding sufficient energy to the molecule, which is most easily accomplished by hitting it with an energetic electron. This method is widely used because it is relatively easy to make a source of electrons with a suitable energy, most often around 70eV (note that at this energy it is very unlikely that the electron will stick and make a negative ion). 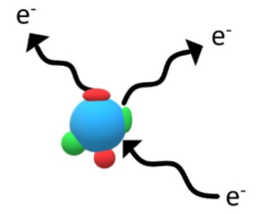 Once the isolated atom/molecule is charged, and now an ion, we can examine its reaction to electric and magnetic fields as a means to measure its mass.

There are a number of different ways that mass spectrometers can separate ions of different masses. Some systems use the mass-dependent deflection of a beam of analyte ions, in a magnetic or electric field. Another common method is to create a region of static and radio frequency electric fields in such a way that only a narrow range of ion masses have stable trajectories and thus can reach a detector. However, as the name implies, a time-of-flight mass analyser measures masses by recording the ion flight time.

Schematic flight paths for two ions, the green 10% lighter than the red

The simple schematic above illustrates the basic principle. The two ions shown have slightly different masses. They start in the extraction region, which is field-free at that point, with little velocity along the flight line. The extraction region is at a potential more positive than the rest of the spectrometer. An extraction field is suddenly applied, indicated by the backplate turning red. This accelerates the ions out of the extraction region, through a further acceleration region and into the field-free drift tube at the lower potential. Both ions acquire approximately the same kinetic energy in this process, determined by the potential difference between the extraction and drift regions, but the velocities are different. The lighter ion travels faster and gradually pulls ahead in the race to the detector. At the detector two pulses are recorded, one for the lighter ion, which arrives first and a second for the heavier ion a little later.

The velocity is very simply calculated in this constant energy case:

Flight times are measured with respect to the start of the extraction pulse. The flight times will thus be proportional to the square-root of the mass in the drift region:

Now given a set of flight times, a set of mass values can be calculated and plotted as a mass spectrum.

An indication of the timings involved in a time-of-flight mass spectrometer can be given by considering Kore’s smallest mass spectrometer, the MS-200. This has a flight path length of around 0.6m. A molecule with a mass of 26 amu (atomic mass units) requires 6 µsec (6 x 10-6 seconds) to complete the flight path. For good distinction between different masses, Kore’s timing electronics is capable of measurement with a resolution of 0.25 nsec (0.25 x 10-9seconds). Every 20 µsec the analyte in the extraction region is accelerated and the masses of the ions are recorded. In an experiment of 1 second, 50,000 analysis cycles are performed.

Obviously to make these very high time resolution measurements, it is necessary to know very precisely when the ions start their journey in addition to timing their arrival at the detector. In the example described we have assumed that the start is the application of an extraction voltage pulse, but in other arrangements the start time may be otherwise defined e.g. by the short duration of an ionising laser pulse.

In practice however, not all the ions will start at exactly the same position and they may also have a range of initial kinetic energies. These initial conditions are highly dependent on the nature of the ion source. The designer of a TOF spectrometer seeks to arrange things in such a way that the flight time is dependent only on mass, with various time-focusing techniques to minimise the effect of the initial conditions. An important consequence is that the performance of the spectrometer, for example the mass resolution, is dependent on the nature of the ion source.

This simplified view does illustrate a major advantage of a time-of-flight mass spectrometer, namely parallel ion detection. Because ions of different mass will arrive at the detector sequentially it is possible, in principle, to detect all the ions that were present in the source. This is in contrast to many other mass spectrometer technologies which typically operate as mass filters, allowing through only a narrow range of masses at each point in time. They create spectra by scanning the allowed mass through the mass-range of interest. This is the fundamental reason why a TOFMS can have a very high overall sensitivity compared to other analyser systems. Not having to scan in the conventional sense also means that TOF spectrometers have no difficulties with high mass ions; it is just a matter of waiting for them to arrive. The high mass limit is then determined by the ability of the detector to register ion arrivals and independent of the spectrometer.

Other review papers on time of flight mass analysis: 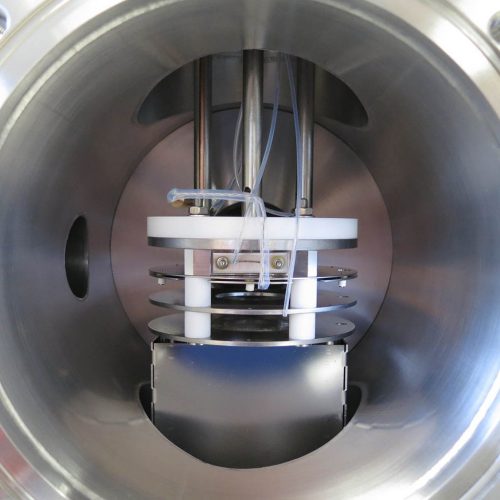 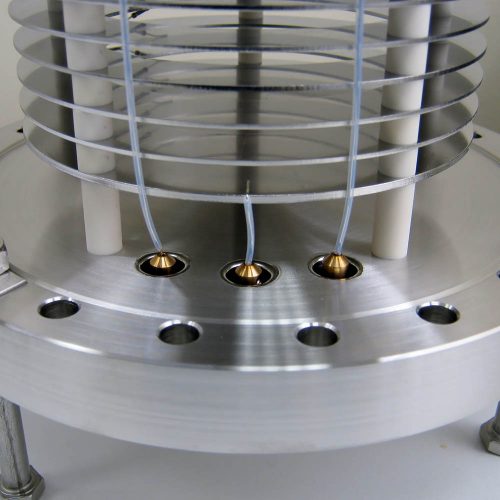 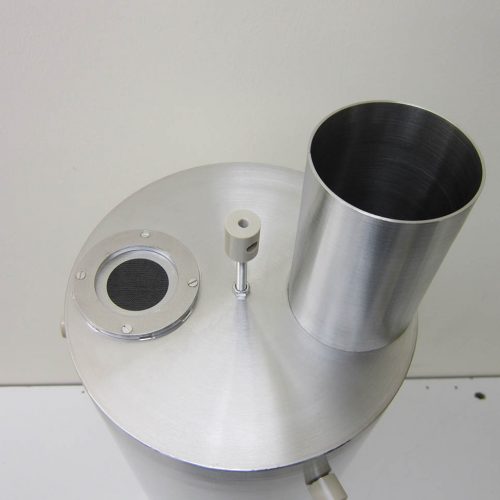