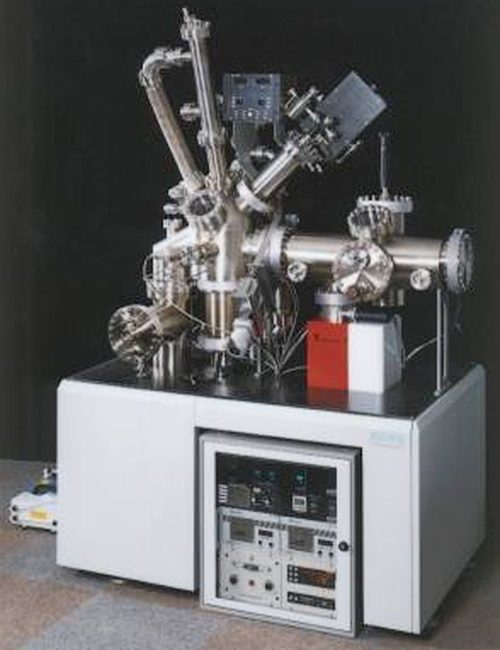 Kore engineers have been involved since the company’s inception in designing, building and testing special ultra-high vacuum systems, generally with custom sample handling, for the research community. We have a completely independent design, assembly and test house dedicated to supplying a system that exactly matches the client’s requirements.

This typically means that we work in partnership with the client, and sometimes with one of the large UHV component manufacturers as well, to realise the project in the most cost-effective way. Click the tabs below to find out about some examples of special vacuum systems we’ve created.

This system was designed and constructed by Kore for the Toshiba Cambridge Research Centre. Kore designed the support plinth, vacuum chambers, sample mechanisms, electrics and various electronics modules. Having producing a detailed parts list of the components to be bought-out, such as the pumps and gauges, Kore then assisted in their procurement. All the items bought-out were delivered to Kore’s premises and assembled with the Kore parts into the system which was then tested to meet the overall agreed performance specifications. The equipment is now attached to the University of Cambridge, Cavendish Laboratory’s, Molecular Beam Epitaxy chambers for use in a gallium arsenide regrowth project, funded jointly by the University, the SERC and Toshiba.

This is a typical example of a project where the client wanted a system tailored to his individual requirements. However the proprietary manufacturers of UHV components and systems tend to not favour such “one-offs”. Increasingly such manufacturers are driving their costs down by standardising on components and systems with a large batch size. Although many versions of a system “product” can be produced using flexible production techniques, the design, build and test of “one-off” specials, requiring as it does scarce engineering resource, is not always commercially viable for the large UHV component and systems manufacturers. Kore provides this engineering resource to enable special systems to be designed and built cost-effectively.

Kore not only designs, builds and tests systems for the Research community, but also works directly for surface analysis product companies. An example is UNISPEC, shown below, designed and built by Kore for a German vacuum science company.

We designed a special surface analysis system for Dr Shah at The Queens University of Belfast in Northern Ireland, based upon VG standard surface analysis modules. Queens University required a large, twin-tiered turntable for their beam line. It needed to have a large load carrying capacity and zero backlash for accuracy and repeatability. In our solution, a bespoke pair of stainless steel race bearings was designed with beryllium copper running wires. We chose a full compliment set of 99% alumina balls and to reduce wear, alternate balls were full size/undersize. The anti-backlash drive system used two conventional vacuum rotary drives and supporting gears meshed together by ring gears both inside and outside the vacuum enclosure. Consequently, the problem of torsional windup, normally a weakness of these drives, was used as an advantage in this design.

This is an example of a project in which we collaborated with the major supplier as well as the client. Kore’s role was to integrate the overall system design, designing where necessary any special chambers and mechanisms and assisting in the procurement. The client then built his system from a kit of VG parts, Kore special components and ancilliary components. This “kit-system” approach is a very economical method for an experienced or novice user to obtain a surface analysis system designed to meet their special requirements. 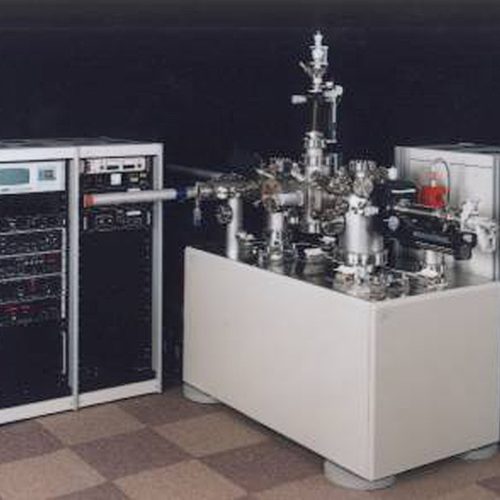 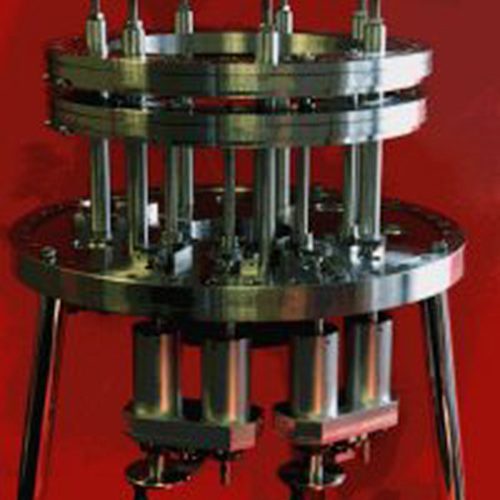