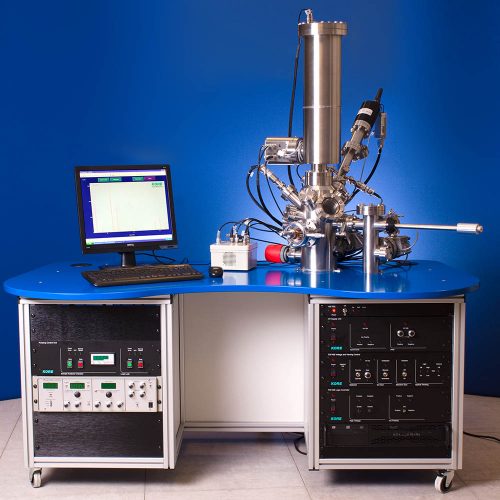 Understanding surface chemistry is no longer limited to university research labs, but is now increasingly important to many areas of mass-production; even a simple crisp packet is a highly engineered material system with multiple layers having different functions. Surface science instruments have typically been very expensive and require knowledgeable staff to operate them and interpret the data. This meant acquisition of surface science instruments in industry has been mainly confined to the large central research labs of major companies.

Kore are delighted to present a solution: an affordable and compact system for fast surface chemical characterisation, the SurfaceSeer S. The SurfaceSeer S is designed to be an affordable workhorse of the TOF-SIMS range. It is ideal for investigating the chemical composition of sample surfaces and is equally at home in R&D or industrial quality control applications.

The instrument uses a 5keV Cs+ ion beam (optionally inert gas Ar+) that is pulsed to minimise the surface damage that would otherwise be caused by a continuous ion beam. The gun pulses on for only 60ns in every 100µs TOF cycle, and thus the primary beam delivers more than 1,000 times less current than if it were on continuously. A typical experiment time of 10s delivers a dose equivalent to only a few milliseconds of continuous beam current. Several minutes of analysis in a single spot would be required to reach the so called “Static SIMS” limit, the point at which surface damage becomes clearly visible in the data (focus and beam-current dependent). Despite the low ion doses, the TOF analyser is very efficient, and this accounts for the high secondary ion data rates (typically 5000 c/s even on relatively low ion yield polymers).

Where required, the primary ion current can be increased and the ion gun turned on continuously and rastered for sputter cleaning of suitable samples.

One of the advantages of using a pulsing ion beam/delayed extraction combination is that there are relatively long periods in each TOF cycle when there is no ion extraction field applied. In that period a pulse of low energy electrons (30eV) is directed at the analytical area. By doing this it is possible to neutralise the effect of positive charge that would otherwise build up on the surface as the primary ion beam bombards an insulating sample.

The instrument has a 150mm diameter reflectron analyser, with a total effective flight-length (including the flight tube) of 2 metres. It is a dual-slope reflectron with in-vacuo high precision resistors, and has an adjustable ‘retard’ potential within the reflectron that has been set for optimum spectral performance.

The instrument has a single rack-mounted vacuum controller that controls the vacuum system. Turbomolecular pumps are used to maintain vacuum in the analytical chamber and the sample load lock, each of which is backed by a 2-stage rotary pump. Load lock venting and pumping is achieved with a single manual button on the vacuum controller. A high vacuum gauge (inverted magnetron) monitors the pressure in the analytical chamber at all times, and is used to provide vacuum interlock protection, shutting down high voltages if the pressure rises beyond a set point.

Optical viewing (zoom microscope, dichroic illuminator, controller, camera and colour monitor). The optical viewing is not essential with the ‘spectroscopy’ version of the Surface Seer, because the Cs+ ion probe samples from a repeatable position in the centre of the sample holder. However, optical viewing can be useful for confirmation of sample position, especially if the analyst is working with an inhomogeneous sample.

Static SIMS library version 4 from SurfaceSpectra is the most comprehensive collection of Static SIMS data currently available covering more than 1000 materials and over 1900 SIMS spectra, mainly TOF-SIMS data. The software also has peak searching tools to allow the analyst to input mass peaks and search the library to identify unknown compounds and materials.

Owing to its surface sensitivity of just a few atom layers, the ‘S’ allows studies of materials in the areas of: 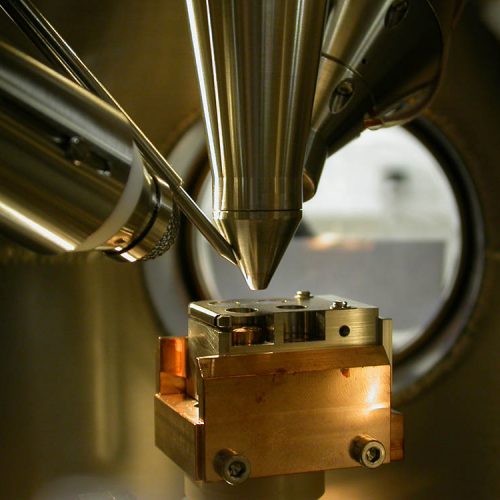 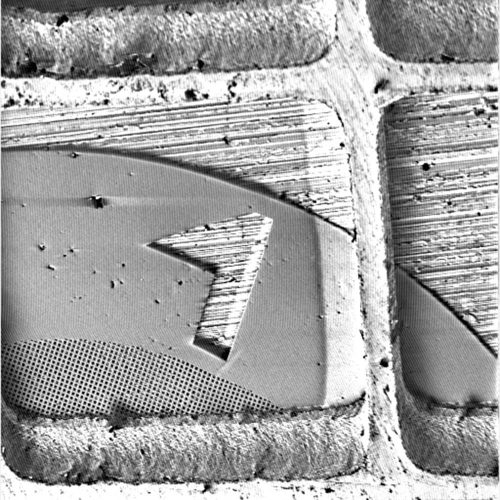