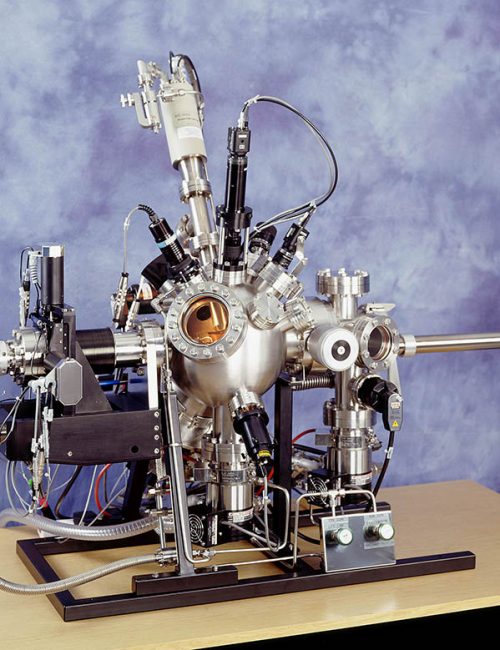 A perfect example of Kore’s special engineering capabilities: the client had very specific and clear requirements that could not be met by any commercially available equipment, and came to us to find out whether we could design and build something to match their needs, within a sensible budget. This highly specialised apparatus was custom-designed for a U.S. government laboratory and is used for preparation of samples by high current ion beam bombardment of large areas.

The instrument features a stage that allows a sample to be rotated eucentrically while being bombarded by a low incident angle ion beam. This permits the creation of round, polished areas centred around any X, Y position on the 25mm x 25mm sample. The sample can be viewed with a high spatial resolution microscope and CCTV camera (3-5µm resolution). Alternatively the sample and stages can be viewed with a low magnification camera for ease of alignment/sample changeover. During ion beam polishing a low temperature infra- red probe mounted on a ZnSe window outside the vacuum chamber simultaneously examines the sample surface to monitor the surface temperature.

With the rotation stage retracted, a second X,Y,Z Tilt stage allows the sample to be tilted for variable angle focussed ion beam milling of small areas, and features a pneumatic clamp of the sample to a copper stage with a heat pipe for dissipation of heat energy to prevent the sample from heating up during beam milling.

Alignment of the glancing angle polishing beam (10°) with the area of interest presented something of a puzzle: the low angle beam takes some time (especially over large areas) to produce any visible change in the sample appearance. Therefore how can you align the beam to the area of interest with any confidence? This problem was solved by an ingenious use of a ‘spotting laser’ at the same incident angle, but at 180° from the ion beam. After setting the z height of the stage to a canonical value (accounting for sample thickness), the laser beam and ion beam are confocal, and the sample may be steered in X and Y until the laser is on the appropriate part of the sample. After this, the stage is set rotating and the ion beam is unblanked to begin the polishing process in the correct area.

Both stages are fully motorised in all axes, and the apparatus was supplied with a 19″ rack unit to house the ion beam controller, various vacuum gauge controllers and pump supplies, the stage motorisation modules, the surface temperature display, the camera and laser supplies and the mains distribution box. 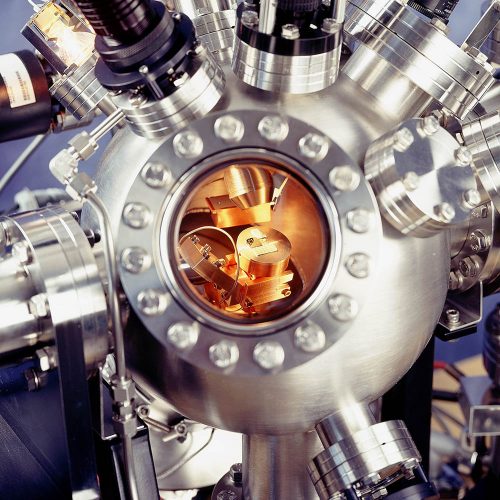 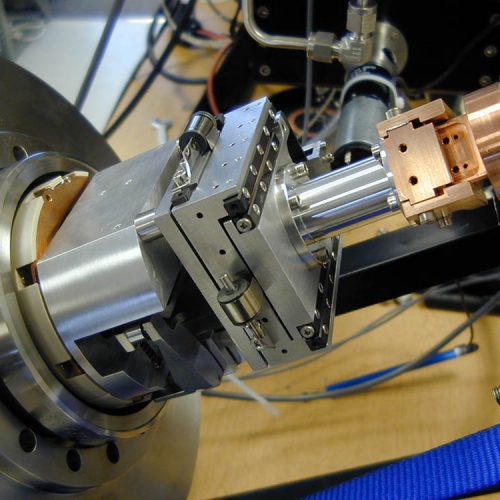