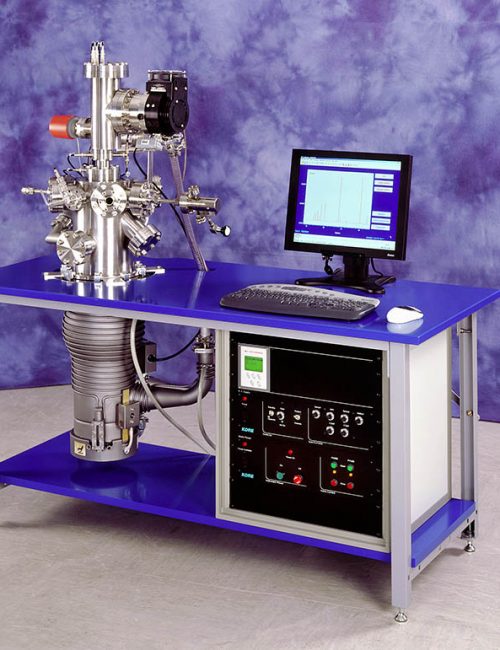 Kore designed and delivered this instrument at the request of the Department of Chemistry at the University of Leeds. The system has a time-of-flight mass spectrometer system (TOF-MS) that will perform time- resolved kinetic studies of gas phase reactions on the millisecond timescale. Professor Mike Pilling and Dr. Mark Blitz contacted Kore to discuss their experiment, and out of the discussions came a design that we are excited to have developed into a completed instrument.

The system is based on a quartz reaction cell within a bench-mounted, high pumping capacity vacuum system, through which a carrier gas flows at ~1 mbar pressure. The carrier gas also contains other key components. A 10Hz photolysis laser is guided into this reaction cell to create radicals R° from a precursor. Following this photolysis step, the radicals react with a further component X, which is also mixed at low concentration with the He or Ar.

The RX component and carrier effuse from a small orifice (~1mm diameter) in the reaction cell. Components in the emerging plume are then ionised with a vacuum ultraviolet (VUV) laser pulse, creating RX+ ions that can be pulsed with a Kore TOF source and then measured by the TOF mass spectrometer. The counting system is analogue, owing to the expected data rate, and the results are recorded on a fast digital oscilloscope.

For an example of the work that is being done with this apparatus, please click here

The Observation Of Transient Species Using a TOF-MS

An example of the use of the Kore Mini-TOF for the measurement of bimolecular rate constants of reactions between molecules: NO2 + ClSO, and NO2 + SO.

Aim of experiment: to monitor the appearance and decay of short-lived radicals produced during photolysis of Cl2SO, and to determine the radical reaction rate constants with added reagents (NO2).

Method: use 248nm photolysis laser to create radicals from Cl2SO in the presence of NO2 and then probe the radical population using a second ionising laser of 118nm wavelength.

97% of Cl2SO molecules convert according to the upper pathway, and 3% following the lower pathway. A mass spectrum shows the two molecules produced during irradiation.

Following a photolysis laser pulse to create the radical species, a second ionising laser with a frequency of 118nm was used to plot the relative concentration of these radicals as a function of elapsed time (out to 30 milliseconds). This is achieved by varying the delay time between the firing of the two lasers. The radicals were monitored by ionisation of these radical (R→R+) with their subsequent detection via the TOF-MS.

From these graphs, rate constants, kobs, can be calculated:

By varying NO2 in the system, the bimolecular rate constants, kbim, for reaction of ClSO + NO2 and SO + NO2 can be determined from kobs = kbim [NO2]; kbim equals the slope from plot of kobs vs [NO2]. 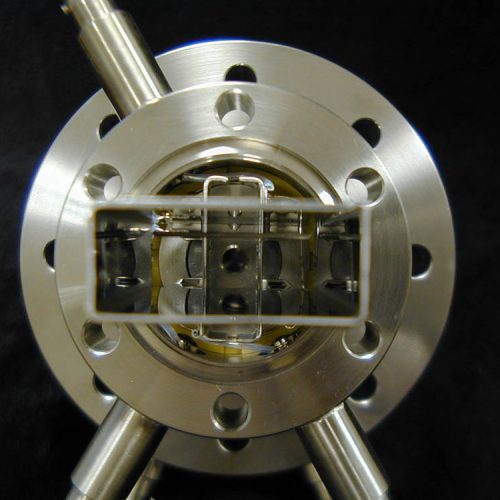