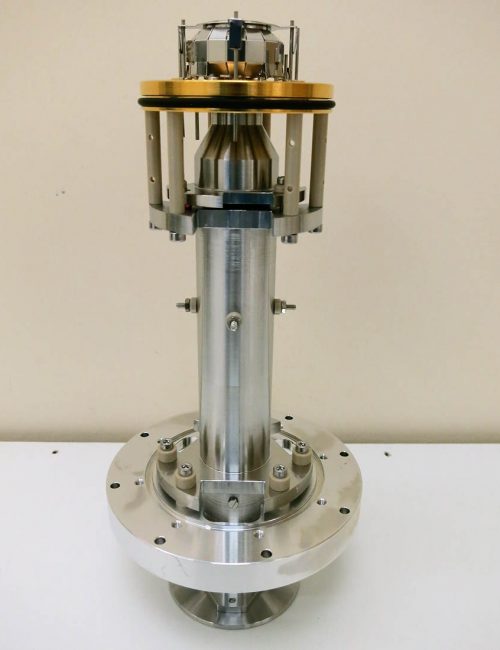 One aspect of TOF-MS that receives less attention from many researchers than its importance would suggest is the need for matched ion optics to transfer the ions with minimal losses (= high sensitivity) in a TOF-MS.

Kore has extensive, practical experience of designing such optics and creates designs to suit different ion optical situations. In terms of generic transfer optics, we have a few modules that cover differing applications, and these are described below. 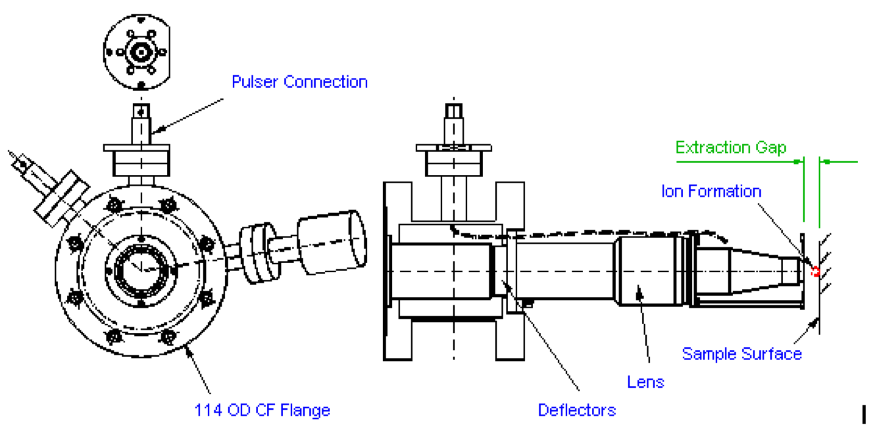 This consists of an earthed extraction plate, normally positioned 10mm from the sample. An annular gap, located 40 degrees from the sample normal , allows access to the sampling point for primary beams or optical viewing systems at a very wide range of azimuthal angles. The ions (or electrons) then pass through a lens system with two active elements allowing for a range of magnifications, and hence field of view, depending on the application. The ions then pass through an octopole deflector set which facilitates spectrometer alignment. The use of an octopole, rather than the more conventional quadrupole allows much larger secondary ion beams to be deflected with acceptable distortion. This is particularly relevant when the ions are created by post-ionisation.

The assembly includes all the necessary feedthroughs and is mounted via conflat flanges between a sample analysis chamber and the flight-tube.

Take the case where the beam to be analysed is already composed of ions. It is very important to account for the energy and divergence of those ions from the experiment’s exit aperture. If the beam is divergent then the transfer optics need to focus the beam into the TOF source. In the orthogonal geometry, the efficiency is improved if the ions are also decelerated as much as is consistent with good focussing. To assist in this, if the ions source is at non- zero potential, the TOF MS source needs to be floatable to a similar potential. 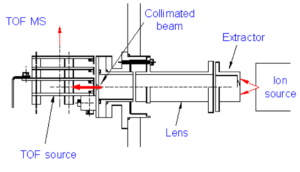 The transfer lens system shown above was designed for the PTR-TOF, where ions created in a chemical ionisation stage emerge from an exit aperture and must be collected and focussed into the TOF source so that a suitable pulse of ions may be created. The lens focuses the ions into the entrance aperture of the TOF source, maximising the ion transmission. Also, the assembly can be floated so that it can be matched to, and transfer ions with, non-zero energies. A version of the Kore High Voltage Box has been designed to support such a floating lens system.

In certain cases, transfer optics may be required for ions emerging from a TOF source. This is the case for the optics that were designed for the Photolysis TOF-MS. In this instrument it was necessary to separate the gas cell reaction chamber (at relatively high pressure) from the TOF analyser by means of a small, differential pumping aperture. The principle function of the transfer optics is to re-focus the pulsed ion beam into the small differential pumping aperture, and thereafter into the TOF analyser. 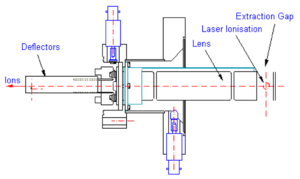 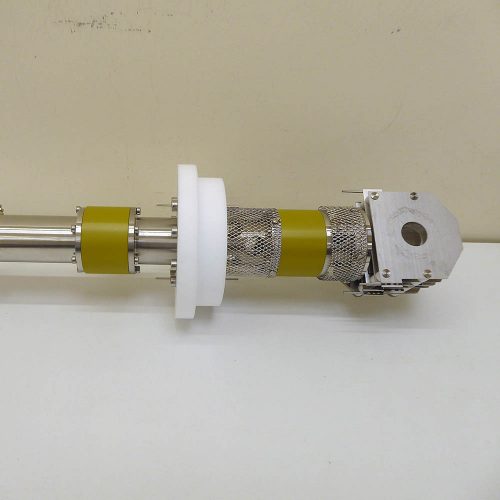 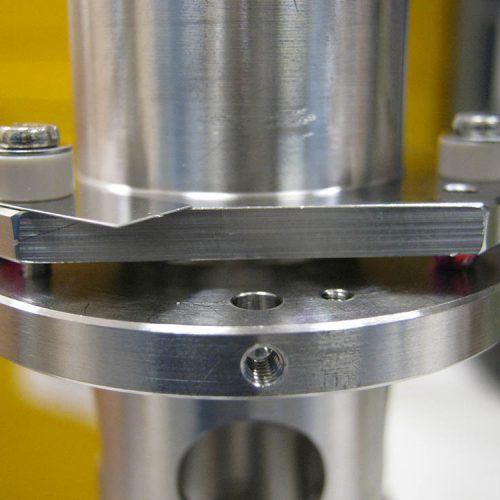