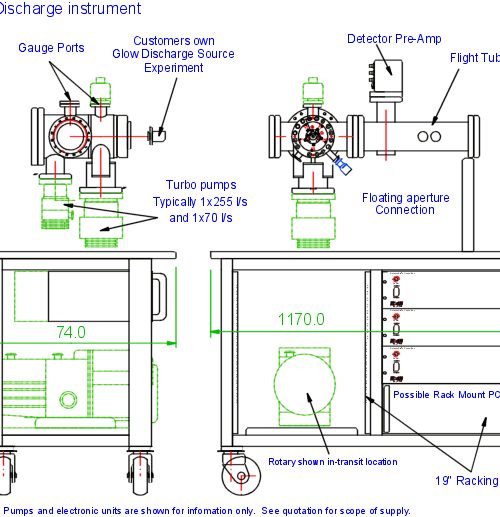 The National Institute for Laser, Plasma and Radiation Physics in Bucharest, Romania, approached us and asked us to design an instrument that would permit them to couple their experimental glow discharge ion source to a suitable mass spectrometer.

The client ion source comprises a metal sample (the anode) from which material is sputtered by the glow discharge at pressures of a few millibars, taking material from the sample into the plasma, and releasing a divergent beam of ions and neutral species from the exit of the source. Transfer lens optics in the Kore instrument focus this beam (in the case of ions) and pass them on into the TOF ion pulser. When the glow discharge ion source is operating continuously, the TOF source within the instrument creates pulses at up to 50kHz suitable for injection into the TOF analyser (orthogonal pulse-out). When the glow discharge is operating in a pulsed mode with long duration pulses, this scheme is still applicable. For high frequency pulsing of the glow discharge source (several kHz), the pulse trigger for the GD can be used with a suitable delay to synchronise with the TOF source extractor.

Neutral species from the glow discharge ion source may also be studied by means of an electron impact ioniser on the side of the TOF source. Neutrals from the ions source that arrive at the TOF source are ionised by 70eV electrons to create ions that are then pulsed out as described previously. 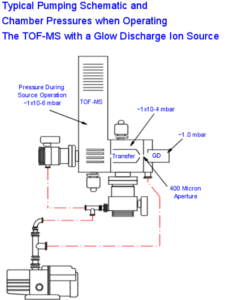 The project also included some after-delivery development of a front-end sample holder that would accommodate the customer’s glow discharge ion source. The customer’s unit is fixed to the front of the Kore instrument and held in place by the unit shown to the right. This design allows the customer to switch between samples without needing to vent the instrument. Thus while one sample is acting as the anode (and acting as a vacuum seal), the other sample may be removed and replaced with a new sample. 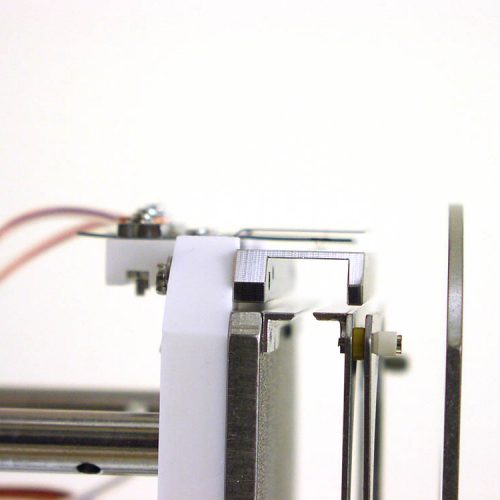 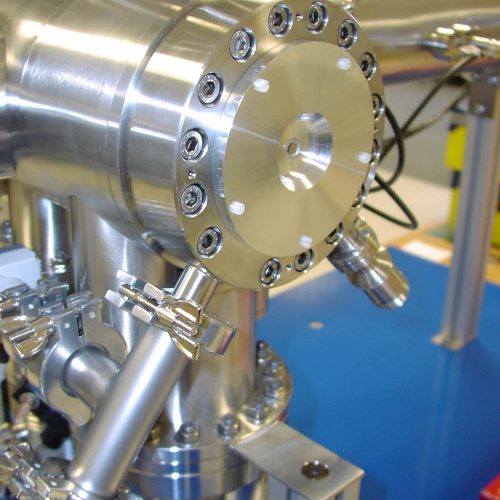