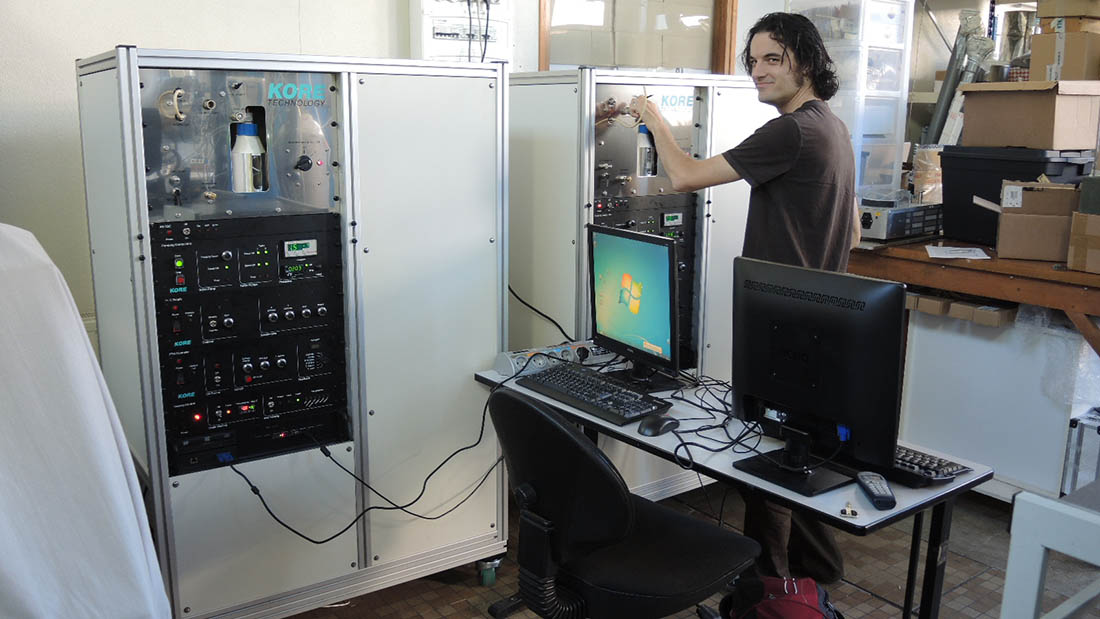 We received an order in late 2012 from the University of Paris-East, France for PTR-TOF-MS instrumentation that could be used in the laboratory as well as flown on research aircraft for airborne studies. This instrumentation will be used in their research on the chemistry of atmospheric secondary organic aerosol (SOA). SOA is formed in the atmosphere when volatile organic compounds (VOCs) emitted from plants, animals and human activities are oxidised in the air to form less volatile products that subsequently partition into aerosol particles. Once in particles, these organic compounds can undergo further chemical reactions to form a large fraction of atmospheric aerosol mass that can have significant effects on atmospheric chemistry, visibility, human health, and climate.

The French laboratory has constructed an atmospheric chamber, so that it can simulate various gas and particulate environments. Our PTR-TOF-MS instrumentation will be connected to their simulation chamber and be used for the continuous measurement of gas evolution of a wide variety of organic species at the ppt level. In addition we have reduced the weight of the instrument and made its dimensions compatible with the French researchers aircraft to allow SOA airborne studies to be conducted.